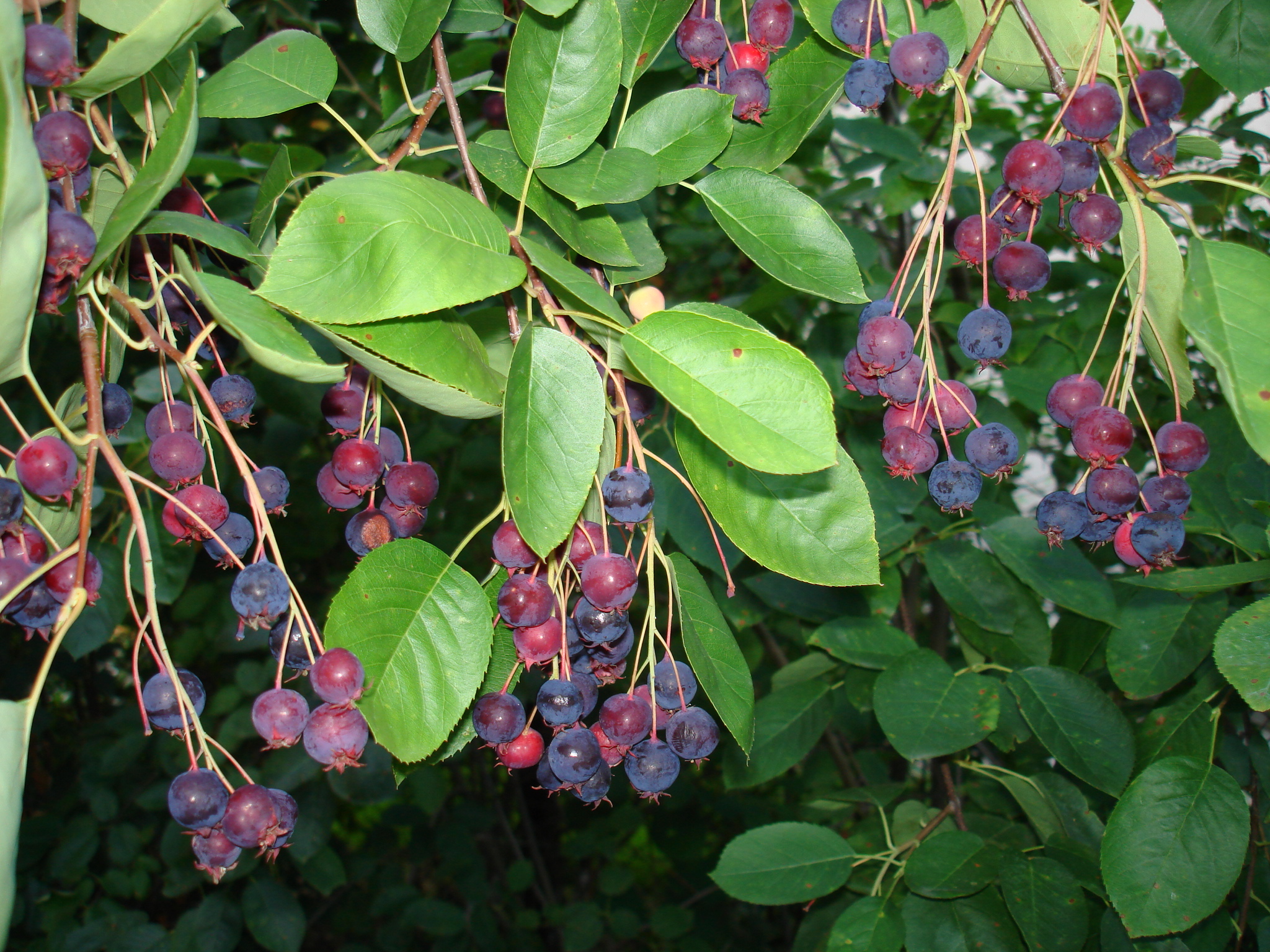 In Holland bred species.
Of all the serviceberry varieties, the fruits of Ballerina are best eaten by birds. Sometimes it's hard to keep them up to full maturity. Before fully ripe they discolour gradually from pink to red to purple blue, have a diameter up to 15mm and are very tasty.
The shrubs reach up to 5m height and are of upright habit.
Ballerina is probably a cross of A.laevis. Thanks to numerous, large flowers and shrill autumn colors it is one of the most decorative varieties. The leaves are slightly susceptible to mildew. 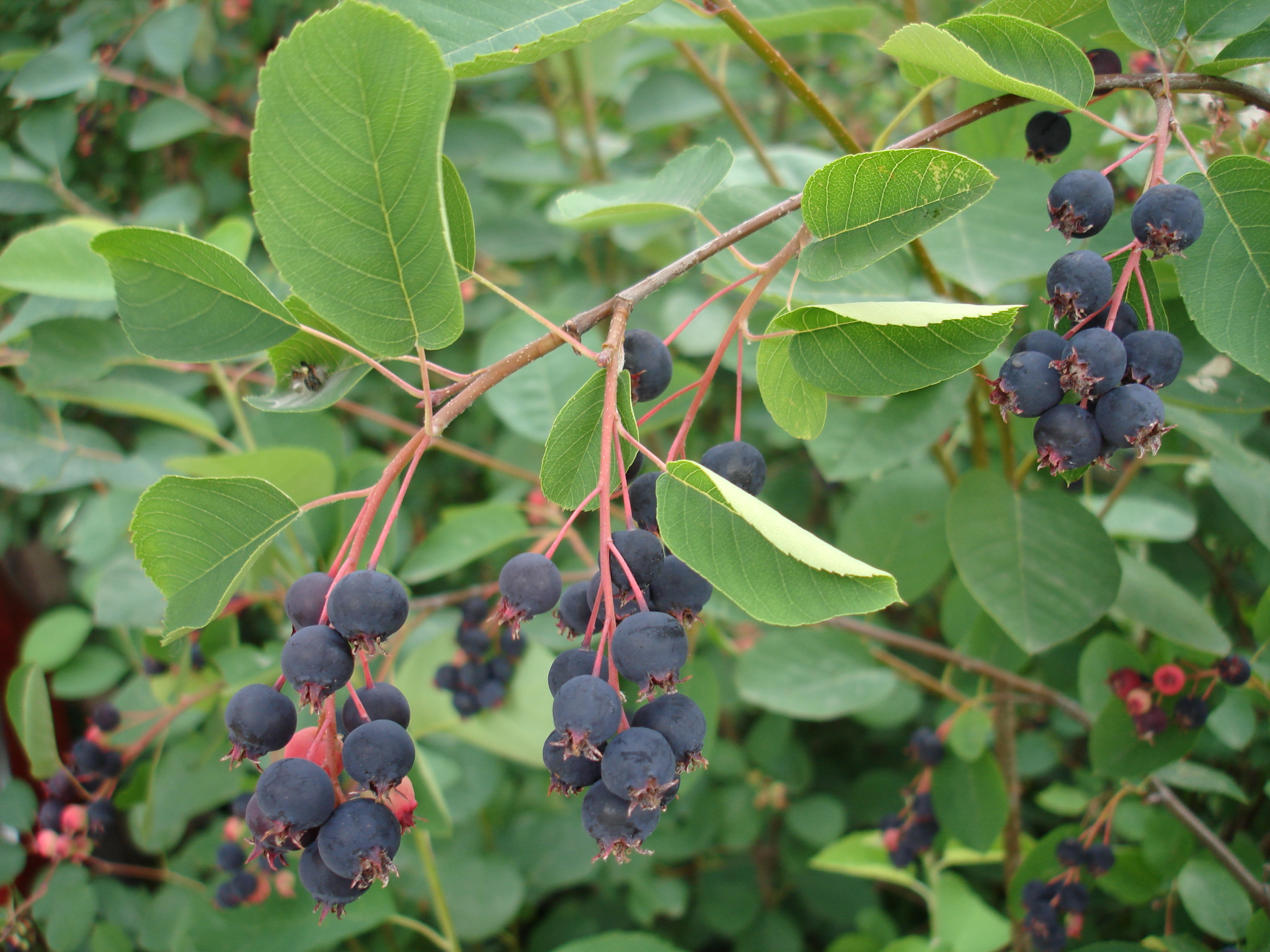 Ukrainian fruit variety reaching 2,5m height with an upright, narrow habit and for this reason recommended especially for small gardens.
Fruits average 12 mm in diameter, spherical, darkblue, sweet and juicy; about a dozen per cluster, ripen at the end of June. They could be eaten fresh or dried as raisins or used in preserves.
Bluemoon has no special demands regarding soil – avoid only wet or dense soil. Full sunlight is advised. 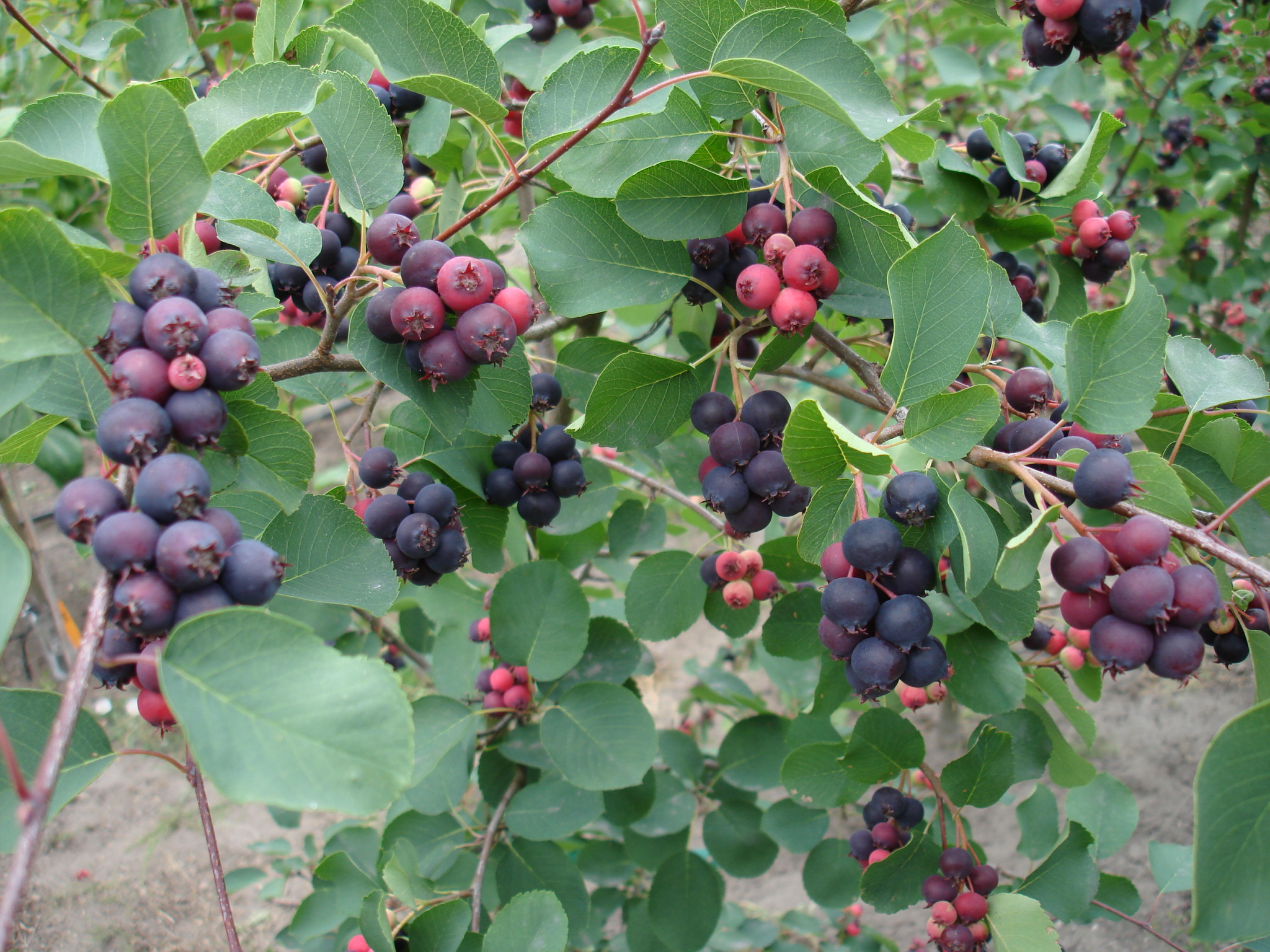 Fruit large, average 12,5 mm in diameter; purple-black with bloom; 7-11 per cluster, ripening fairly even, later than Smoky. They have a mild flavour and are sweet and juicy. Very productive variety. 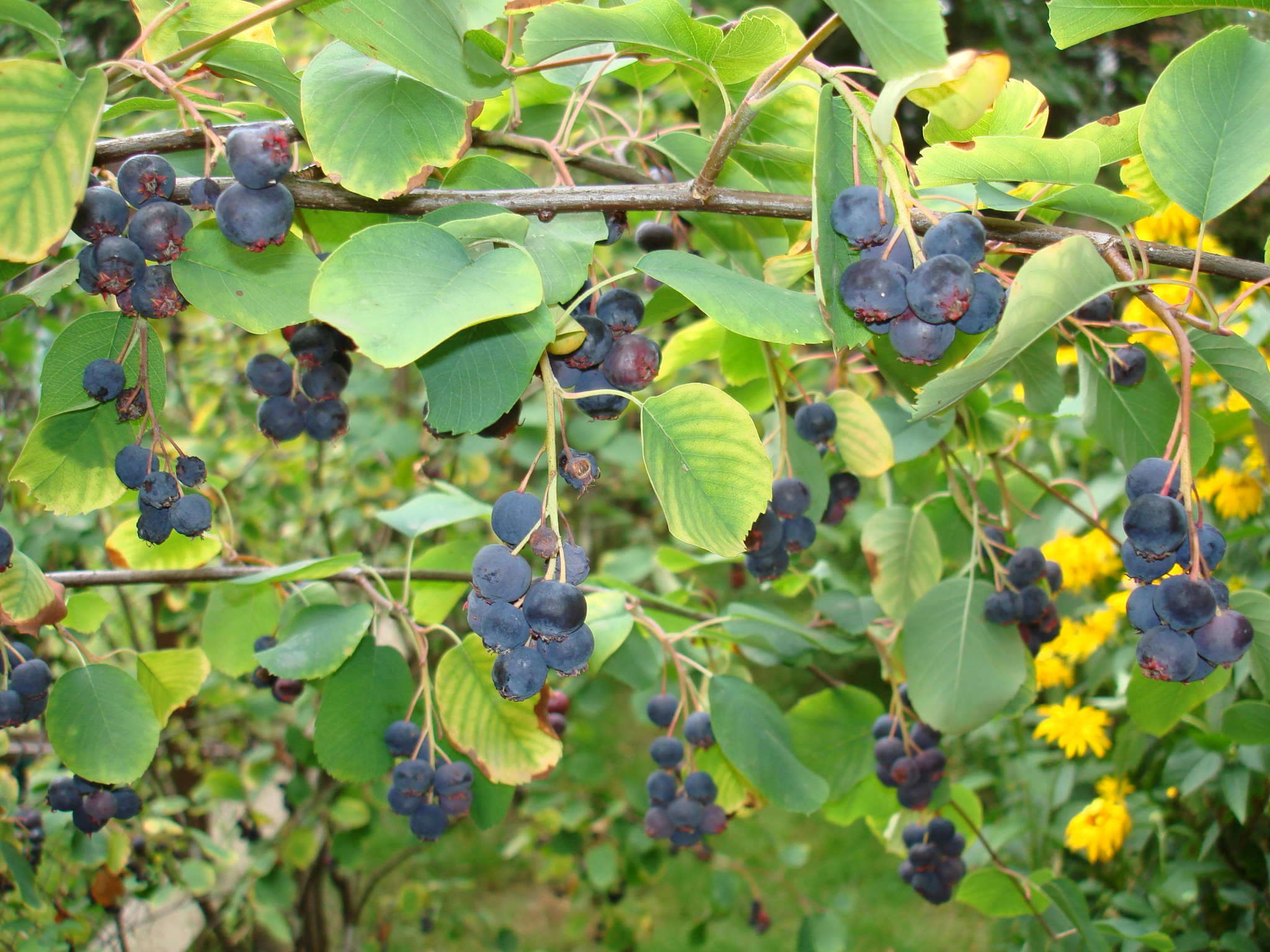 Fruit large, average 12,3 mm in diameter; purple-black with bloom; 7-11 per cluster, ripening uneven from the mid June. They have a good, mild flavour and are very sweet. Most productive variety so far and also commercially widely planted in North America.