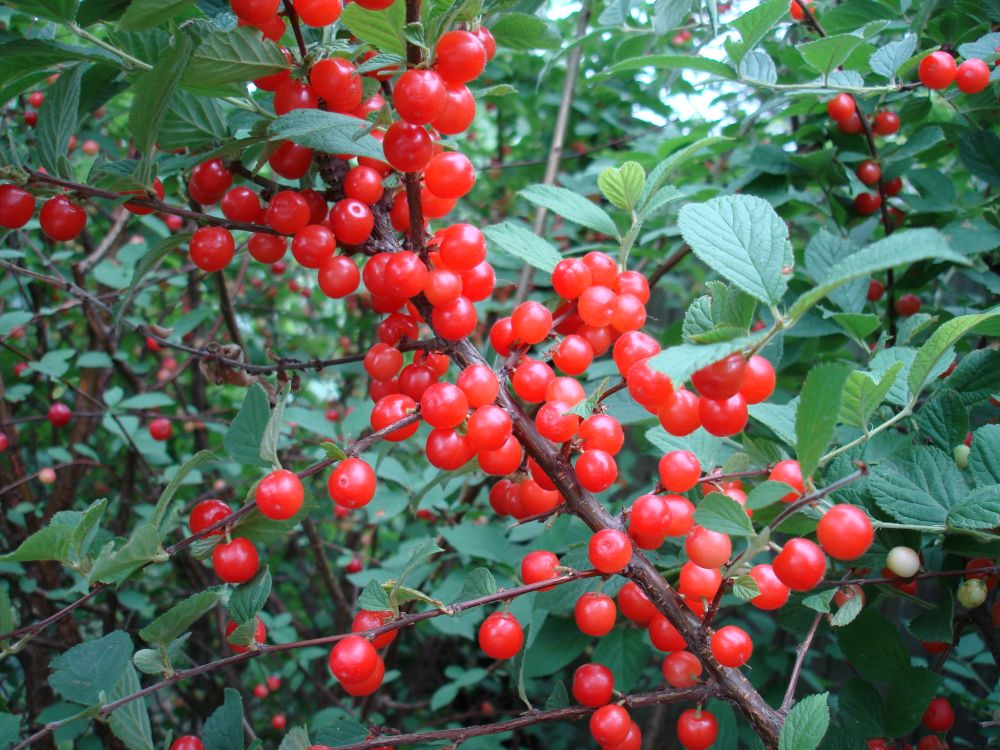 Despite his name the Nanking Cherry is more related to plums than to cherries. It forms a dense shrub with upright growing branches, up to 2m height.

The 2-3g heavy stalkless fruits sit in dense clusters on the shoots. They mature around the June / July turn and are suitable both for raw consumption and for processing. They taste just as aromatic as sour cherries, but just less sour. It should be emphasized that they are completely free from pests.

The plants are modest and thrive at every average location. They are very winter hard, but sensitive to brown rot (Monilinia fungus). From approximately the 6th year onwards, older branches should be cut off annually in order to stimulate growth of new shoots which bear more rich. Otherwise, the plants will become quickly senile.
Nanking cherries need cross pollination - at least two different varieties should grow beside. 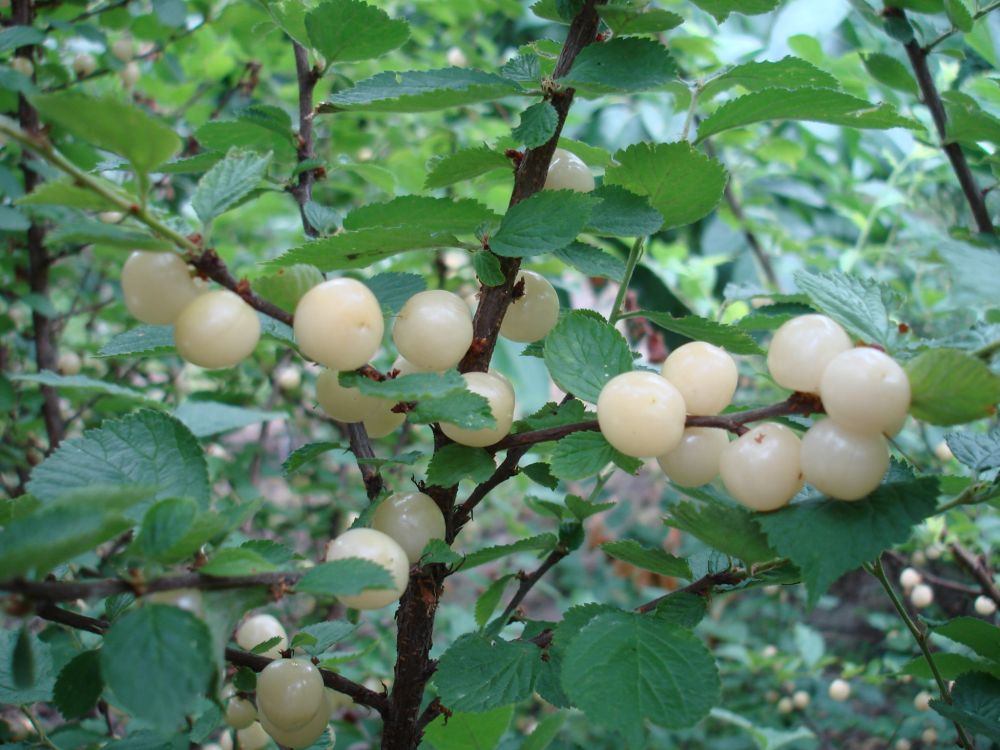 A variety with a creamy white color of the fruits, which is almost not found in fruit growing, which are just as tasty as red.

For good pollination plant beside another variety, e.g. Red Ninja. 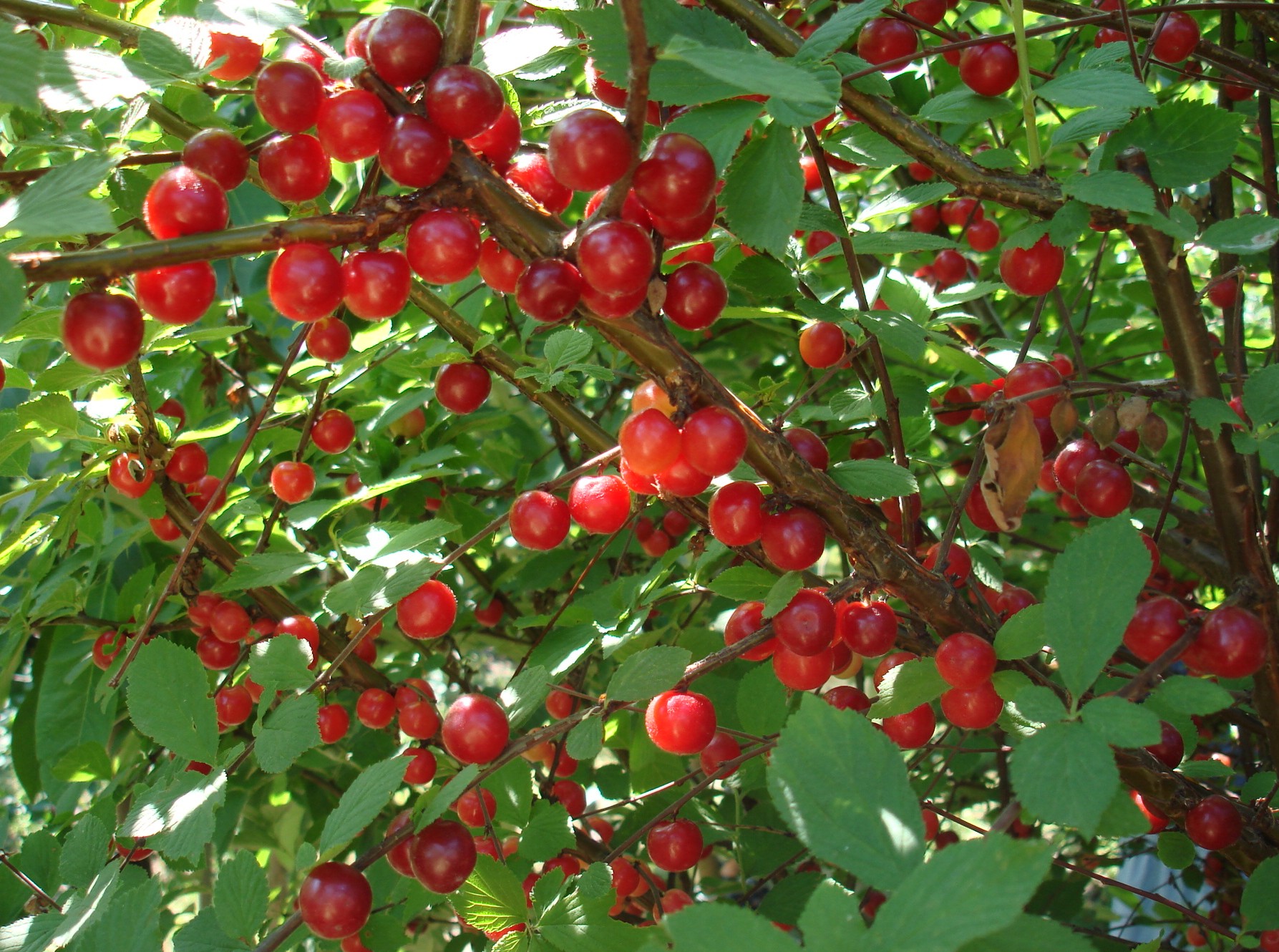 Efimka matures at the turn of June and July. Fully ripe the fruits are dark red, 4-5g heavy, the biggest and tastiest of all varieties. They stay on shoots for up to three weeks and can be well stoned.